Load singers and rappers into a chamber of music. Squeeze communities into a conversation about guns. Trigger action. Created by the award –winning team of Byron Au Yong and Aaron Jafferis (Stuck Elevator), (Be)longing is a powerful performance event asking how we recover from violence and prevent its recurrence. A choir of locally cast singers, beat-boxers and rappers present an original, staged oratorio about belonging, isolation, healing, and community prompted by our collective understanding of and judgments around tragedies at Virginia Tech, Newtown, Orlando, Columbine and more, reflecting on the impact of violence and considering deeper ways to connect and build communities of safety and support.

(Be)longing serves as a touchstone for Activate (Be)longing: thematically-related artistic, scholarly and technology resources in the form of academic panels, digital stories, site-specific events, spoken word slams, and more developed by local groups in consultation with the creative team. Groups are invited to think about belonging and isolation, forgiveness and justice, freedom and safety, along with other themes related to education, guns, race, gender and other topics sparked by (Be)longing. Individuals from clubs and civic organizations converse through the creation of art as strategies to prevent shootings.

Activate (Be)longing brings audiences, experts and performers together in artistic spaces of imagination and impact as active negotiators in topics that have divided Americans, such as second amendment rights and mental health profiling. Both the core performance of (Be)longing and related events in Activate (Be)longing serve to broaden and deepen themes to build communities to end violence.

(Be)longing is an ArKtype project, commissioned and co-produced by Moss Arts Center, Blacksburg, VA and developed in partnership with the International Festival of Arts & Ideas, New Haven, CT

(Be)longing was developed, in part, at the 2014 Sundance Institute Theatre Lab at MASS MoCA.

The (Be)longing creative and production team is made up of a coalition of artists and activists led by long time collaborators Byron Au Yong and Aaron Jafferis.

Byron composes songs of dislocation scored for Asian, European and handmade instruments. The Seattle Weekly calls his musical events “as exquisite and imaginative as they are unclassifiable.” Dedicated to intercultural, cross-disciplinary collaboration, Au Yong has developed works performed in concert halls, theaters, museums, and site-specific locations.

A hip-hop poet and playwright. Theatre projects Stuck Elevator, Kingdom and How to Break have been produced by The Old Globe, American Conservatory Theatre, and many others. A former Open Rap Slam champion at the National Poetry Slam Championships, Jafferis creates hip-hop theatre Variety calls “claustrophobic and expansive, intimate and existential, personal and political all at once.

Director Charlotte Brathwaite is known for her unique approach to staging classical and unconventional texts, new plays, dance, visual art, multi-media, site-specific installation, performance art and music events. Her work has been seen in the Americas, Europe, the Caribbean and Asia and ranges in subject matter from the historical past to the distant future illuminating issues of race, sex, power and the complexities of the human condition.

An American artist whose work is primarily based in light. Over the last few years, Zamora has developed an impressive body of work that creates a dialogue between the viewer and their environment, while addressing universal themes of life, transformation, and transcendence. Zamora’s work moves seamlessly between performance and visual art, where he creates light-based sculptures and art installations for performance-based work, including projects with Kronos Quartet, the Berlin Philharmonic, International Contemporary Ensemble, the Barbican, Deutsche Oper Berlin, the Los Angeles Philharmonic, and the Hammer Museum in Los Angeles. 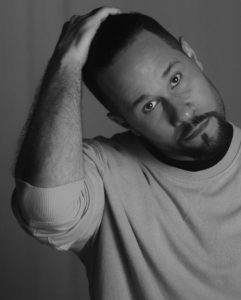 Rudi Goblen is also known as an acclaimed B-Boy. Along side his award winning crew Flipside Kings, he has toured internationally competing, adjudicating, and teaching since 1994. In 2003, Rudi joined Teo Castellanos/D-Projects, a contemporary dance/theater company that fuses world arts and culture while examining social issues through performance. With D-Projects, Rudi toured internationally in Scratch & Burn, a meditation on the war in Iraq; and FAT BOY, a project exposing world hunger amid American consumerism and waste.

Founder and President of ArKtype, a management and production company specializing in new work development and touring. Over the past 10 years ArKtype’s work has grown to encompass renowned artists from twenty different countries, multiple genres and commercial and non-profit support structures resulting in new work for a variety of spaces. His acclaimed work as producer has been seen worldwide, proudly beginning his work in the production, development and touring of emerging ensembles.