Follow the development of Activate (Be)Longing in Blacksburg, VA.

"I'll try to break open instead of apart." 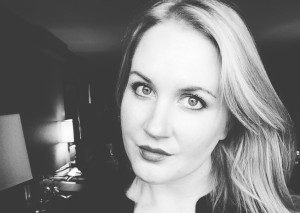 Nancy Harder - Described by the Classical Voice of North Carolina as showing “guts and passion” and being “emotive and artful,” Harder has performed across the United States and Europe. Nancy has resided on the music faculty at Virginia Tech, teaching piano to majors as well as advanced keyboard harmonization and aural skills. Nancy is known as an out-of-the-box thinker and musician and is currently engaged in wide variety of performance, collaborative, educational, and creative endeavors. 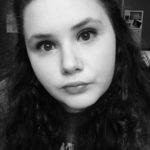 Ashlinn Blevins - Ashlinn Blevins is an eighth grader at Christiansburg Middle School. She has performed with Opening Act and Second Stage (New River Stage) and several productions with JoELoe Productions. Ashlinn debuted with Summer Musical Enterprise (SME) in the 2012 production of Peter Pan as a pirate. She returned to the SME stage in 2013 as Young Fiona in Shrek the Musical,was featured as Little Red in the 2015 production of Forbidden Broadway, played Mary Beth in A Christmas Story: The Musical in 2015 and was a Pick-a-Little Lady and Townsperson in The Music Man in 2016. She has also been in shows with Haebo Productions. Ashlinn enjoys singing, reading, art,swimming and spending time with friends. She studies voice and piano at Tempo Studio with Nancy Harder. She is thrilled to be part of the (Be)Longing cast. 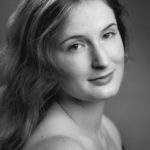 Brenna Dudley - Brenna Dudley, soprano, is proud to have worked with international performers and teachers including Julia Faulkner, Richard Owens, and Claudia Pinza. She completed her undergraduate degree at the University of Wisconsin Madison before completing her Master’s at Georgia Southern University where she studied with Dr. Arikka Gregory. Previous roles include Rosalinda in “Die Fledermaus,” Monica in “The Medium,” Susanna in “Le nozze di Figaro,” and Gasparina in Haydn’s “La canterina.” Brenna is currently working with Opera Roanoke as an Apprentice Artist and will be a part of their upcoming production of “Susannah” this April. 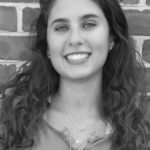 Cassiane Mavromatis - Cassiane Mavromatis is a junior at Virginia Tech pursuing a dual degree in Theatre Performance and Business Information Technology. Her previous acting credits while in college include "A Chip On Her Shoulder 2.0", "A Chip On Her Shoulder 1.0" and Swollen Tongues. She would like to thank the entire cast and crew for putting together such an amazing story. 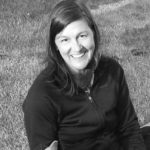 Carol Davis - Carol Davis is the Sustainability Manager for the Town of Blacksburg, Virginia and a long-time resident of Blacksburg. Carol was involved for several years in Blacksburg’s Summer Musical Enterprise in a variety of on-stage and behind-the-scenes roles for productions such as: Annie, Guys and Dolls, The King and I, and Oliver. In her spare time, Ms. Davis serves as a volunteer and board member of The New River Land Trust, the NRV Bike Kitchen, and Sustainable Blacksburg. 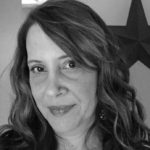 Cindy Blevins - Cindy Blevins has been involved in music and theater her entire life! Some of her favorite roles include: Eliza (My Fair Lady-SME), Ida (Cemetery Club--New River Stage), Rona Lisa Peretti (25th Annual Putnam County Spelling Bee--Haebo), Sister Mary Amnesia (Nunsense--Three Steeples), Truvy (Steel Magnolias--Haebo) and Mother (Amahl and the Night Visitors—Blacksburg United Methodist Church(BUMC)).Cindy served as Stage Director and Vocal Director for Cinderella, Musical Director for Bye Bye Birdie and Joseph and the Amazing Technicolor Dreamcoat, Vocal Director for Spamalot, assisted with production of Pajama Game, Cinderella and A Christmas Story: The Musical and produced Peter Pan, Shrek, Spamalot and Forbidden Broadway and The Music Man (all SME productions). When not on, under, or behind the stage, Cindy is the Clinical Director at Life in Balance Counseling Center in Christiansburg and the Assistant Music Director for BUMC where she leads the Youth Choir/Drama Team. She wishes to thank Aaron, Nancy and Byron and the entire cast and crew for this incredible experience.

David Yoon - Hi, My name is Sung Bin "David" Yoon and I am from Seoul, Korea. When I heard about this wonderful project (be)longing, I was more than thrilled to come and audition. Back when I was a little kid in Korea watching how Tech shooting happened, I promised that I would never ever attend the school in fear of hate crime. Then I grew up and decide to study abroad for more opportunity. I attended highschool in CT. Tragically, New Town Shooting happened in my sophomore year. Now I ended up being in Tech and eventually living in a dorm where the memory of shooting still haunts. To sum up, I believe this is what the Lord has prepared me. Bring Unity to our community with my unique story. Instead of blaming the shooters or the environments, I believe “Love” and “Forgiveness" is the only answer in embracing the pain and horrific trauma. Let (be)longing remind you of those two things - Love & Forgiveness. 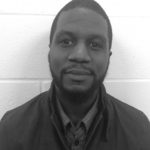 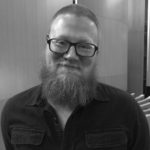 Franklyn Harrison - Franklyn is a lifelong resident of the New River Valley who has utilized their passion for writing, singing, and acting in performances and projects that have married those artistic mediums with a goal of using them to address community concerns. These include a tenure with the Building Home Project, and performances in works such as "The Whether System", "Behind A Stranger's Face", "Blinded", and most recently, "The Marcellus Shale Project". 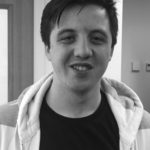 Hunter Wilson - Hunter Wilson is a recent graduate of Virginia Tech’s Theater Program. He was last seen in Page To Stage Theaters’ “The Twelve Plays of Christmas”, as well as in the Blacksburg Summer Arts Festival’s “Babes in Arms”. He would like to thank Aaron for this opportunity. When not acting, he enjoys writing, hiking, and wrestling bears. "I will not say, 'do not weep', for not all tears are an evil." 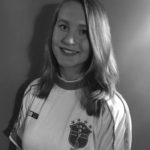 Jeddie Dawson - Jeddie is thrilled to be performing with the cast of (Be)longing. She is a freshman at Blacksburg High School and has performed in several community theater projects. She would like to thank her parents and grandparents for their support and guidance. 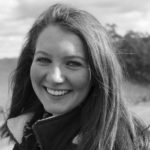 Jessie Jorgensen - "This is Jessie's first production at Virginia Tech and she could not be more thrilled about it taking place on the Moss Arts Center stage! By the time Jessie graduated in spring 2016 from Herndon High School, she performed roles such as Juliet in Romeo and Juliet, Ruth in Blithe Spirit, and Vivienne in Legally Blonde The Musical; as well as being Improv Captain of her school's Improv Team and President of the International Thespian troupe. Jessie would like to thank (Be)Longing's amazing production team for giving her the chance to take part of this powerful journey alongside with the rest of her talented cast mates." 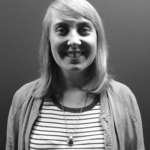 Kassie Simmons - Kassie Simmons is a first-year student at Virginia Tech majoring in multimedia journalism with a double minor in theatre and creative writing. (Be)longing is Kassie’s first performance out of high school and she’s very excited to be performing in such a great project with such a nice group of talented people. 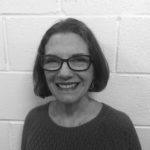 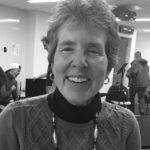 Marcia Davitt - Marcia recently earned her PhD at Tech in Science & Technology Studies, and is working as a postdoc project manager and researcher for the provost. She was drawn to participating in (Be)longing because of its potential to create spaces for alternative and more inclusive ways of making meaning and producing knowledge. 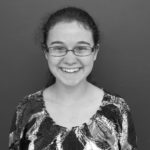 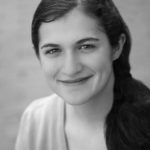 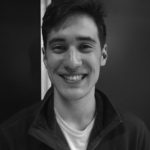 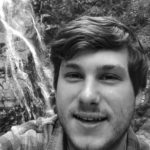 Michael Trujillo - Michael Trujillo is thrilled to be part of this amazing production! Michael is the theatre director at Blacksburg Middle School, and is also a board member of Summer Musical Enterprise. Some of his favorite roles include Harold Hill in The Music Man, Joseph in Joseph... Technicolor Dreamcoat, and Schroeder in You're a Good Man Charlie Brown. He would to thank his parents, Susan and Andy, and his Gracie for all their support! 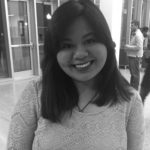 Patricia Soledad - Patricia is from Davao City, Philippines and I got into theatre at 15. I performed with LCB Performing Arts Center Foundation and I also performed with the Ateneo de Davao University Glee Club. I hope to be accepted into VirginiaTech as a Theatre major and I plan to write and create musical projects centered around different social and cultural themes. 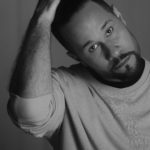 Rudi Goblen - Rudi (Writer, Dancer, Actor, and Music Producer) was commissioned by Miami Light Project to create the solo performances Insanity Isn’t, Fair Welling, and PET. Rudi Goblen is also known as an acclaimed B-Boy. Along side his award winning crew Flipside Kings, he has toured internationally competing, adjudicating, and teaching since 1994. In 2003, Rudi joined Teo Castellanos/D-Projects, a contemporary dance/theater company that fuses world arts and culture while examining social issues through performance. With D-Projects, Rudi toured internationally in Scratch & Burn, a meditation on the war in Iraq; and FAT BOY, a project exposing world hunger amid American consumerism and waste. Rudi is a recipient of the Future Aesthetics Artist Re-grant (FAAR) funded by the Ford Foundation in conjunction with the Future Aesthetics Cohort, and the Miami-Dade County's Choreographers Fellowship Award. He has trained and worked with DV8 Physical Theater and Cirque De Soleil – and is a founding member of Rosie Herrera Dance Theatre. He has released 4 instrumental albums, Tres, Soot, Untitled, and Sin Duda; and is currently the Assistant Director/Spoken Word coach for Piano Slam, a poetry writing competition that asks students to compose works of poetry inspired by their reactions to a selection of music. 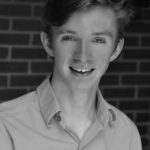 Timothy Miles - Returning to the NRV stage for the first time since 2015, Timothy Miles is honored to be a part of (Be)Longing. Past credits include Into the Woods, Hairspray!, Anything Goes, Grease, The Boo Revue, and, most recently, Beauty and the Beast Jr. Timothy is pursuing a Bachelor of Arts degree in Religion and Culture at Virginia Tech, with minors in Arabic, French, Middle Eastern Studies, Math, and Religion. He would like to thank Aaron for pursuing him so persistently, Maria for encouraging him to come, Mitch for never giving up, and Patrick for reminding him what he is worth. 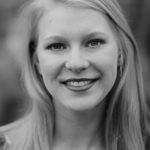 Sara Gehl - Sara Gehl is a freshman with a double major in Theatre and Multimedia Journalism here at Virginia Tech. Some of her previous roles from high school plays include Mrs. Kirby in You Can't Take It With You, Eugenie in A Flea in Her Ear, and Mrs. Douglas in George Washington Slept Here. Sara is very excited to be a part of (Be)longing and would like to thank the production team for everything they have done to make this a success. 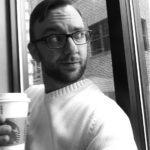 Willie Caldwell - Willie Caldwell is an interdisciplinary artist and arts administrator specializing in creative placemaking, arts entrepreneurship, and interdisciplinary arts integration in higher education. He is anticipating graduating from Virginia Tech this May with an MFA in arts leadership and graduate certificates in higher education administration.

Dialogue, performance, and exploration with countless events starting Wednesday, March 27th. Check out the different opportunities outside of the performance within the Blacksburg community.

Why do young people in this country shoot each other, or get shot?And how do I recover from losing young people I knew, or not?And how can I and the people I love get these shootings to stop?I don’t know. I’m asking you. A few questions are all I got.Is it the feelings smothered? The times I was Othered?The dumb boys who say things? The toy guns? My playthings?The rules of gender—the roles they make me fit in?The school agenda—the rows they make me sit in?The label that sticks? The failure? The cliques?Is it the media I’m glued to, the video games, the pornso I’ve screwed and killed a million nameless people since I was born?